My role in the community has largely revolved around strategy, facilitation, writing, and organizing. Here's just a few of the things I've done: 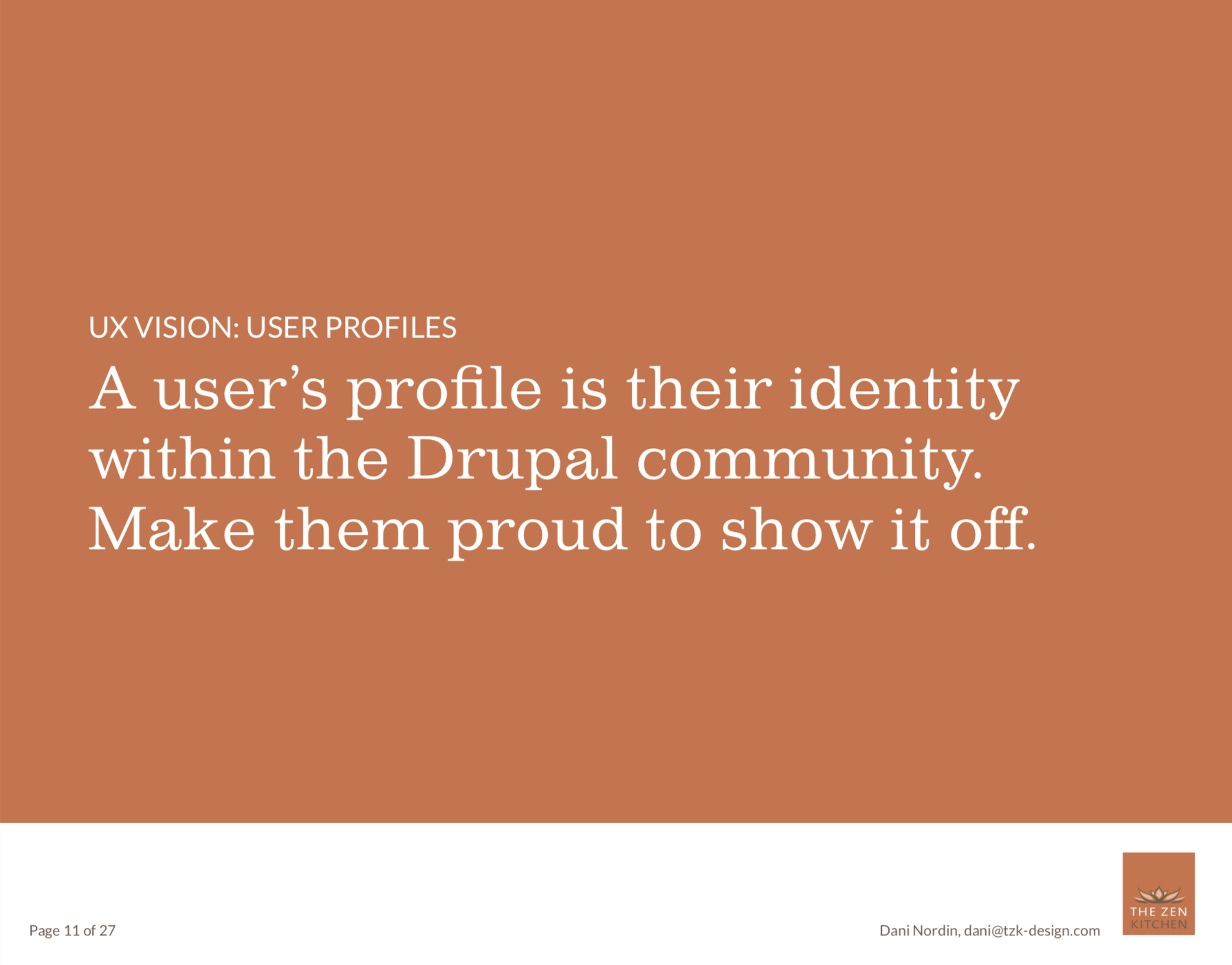 As part of the overall strategy for the Drupal Community Tools Team, I created a vision and initial prototypes of the new Drupal.org user profile. 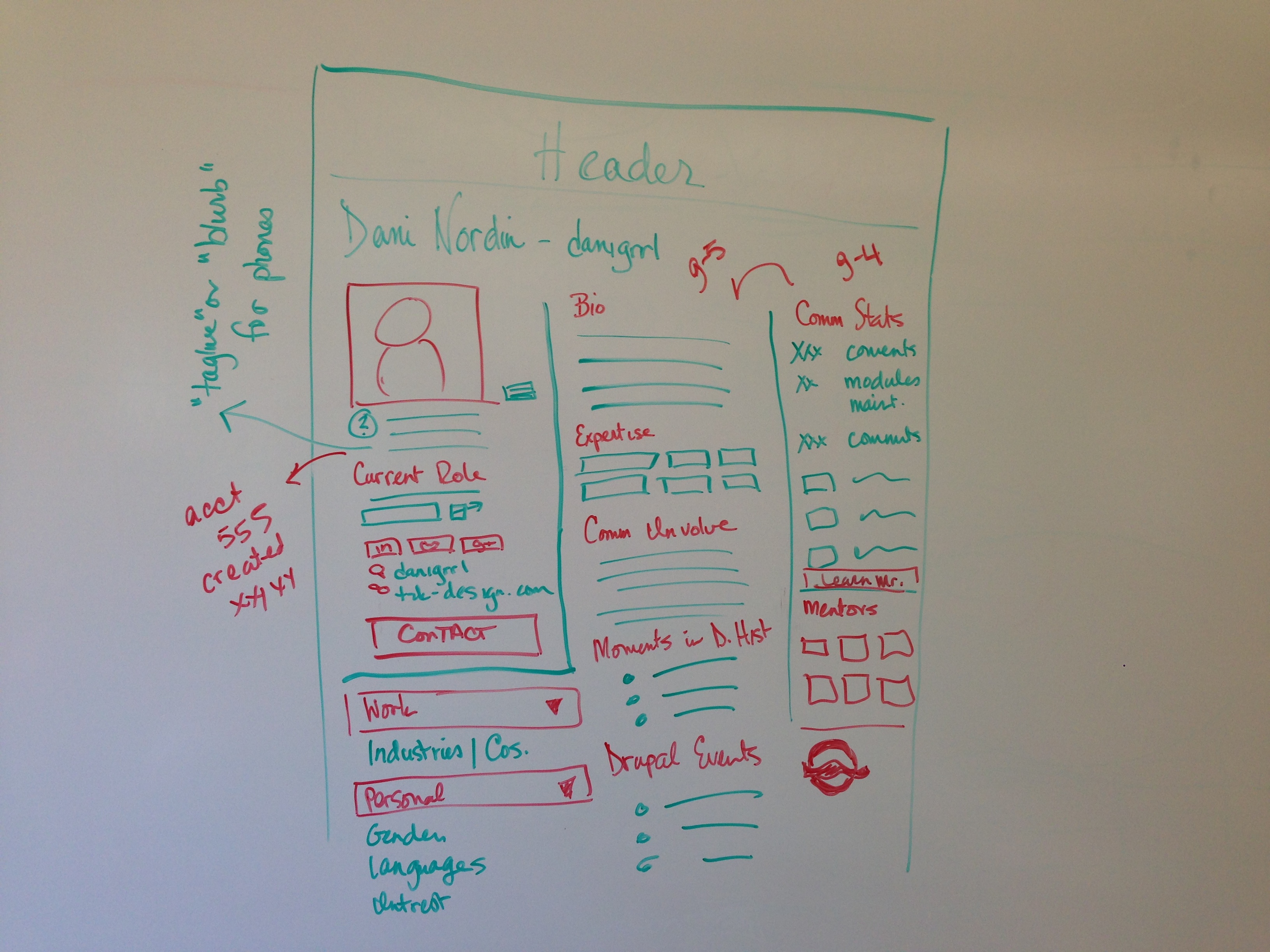 Based on the vision we established for the user profile, I created a handful of sketches before prototyping in Axure. I then solicited feedback from the community via social media and the Drupal.org issue queue. 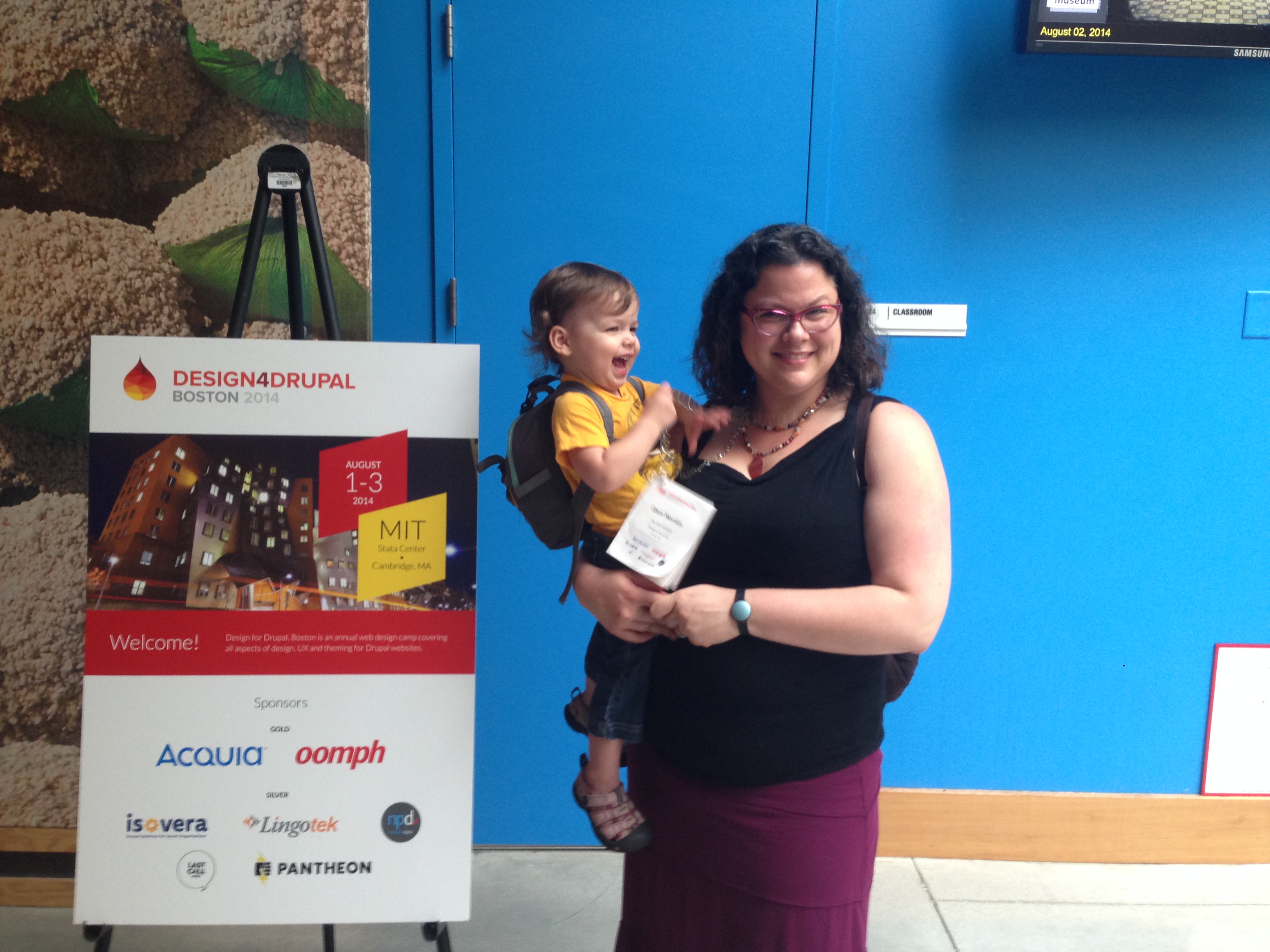 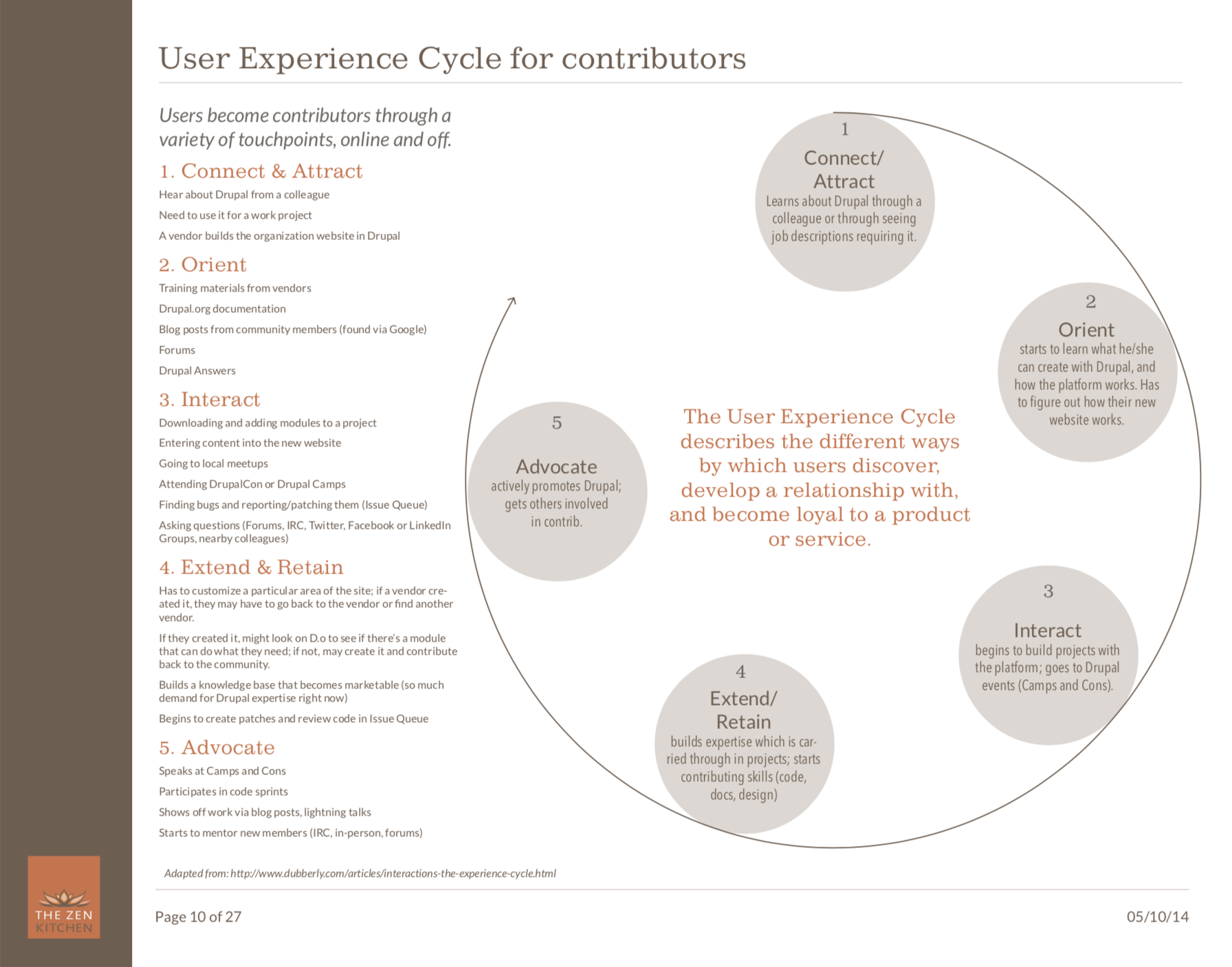 To better visualize what I was learning in my thesis research, part of the UX Strategy for Drupal Community Tools was a UX Cycle for contributors to Drupal. 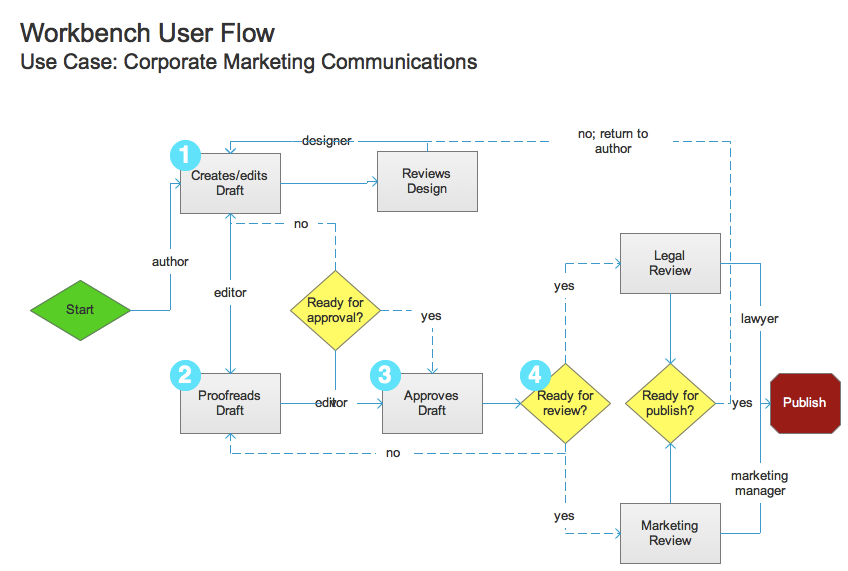 As one of my first contributions to the Drupal project, I worked with the team behind the Workbench module to create user flows for common types of publishing workflows. 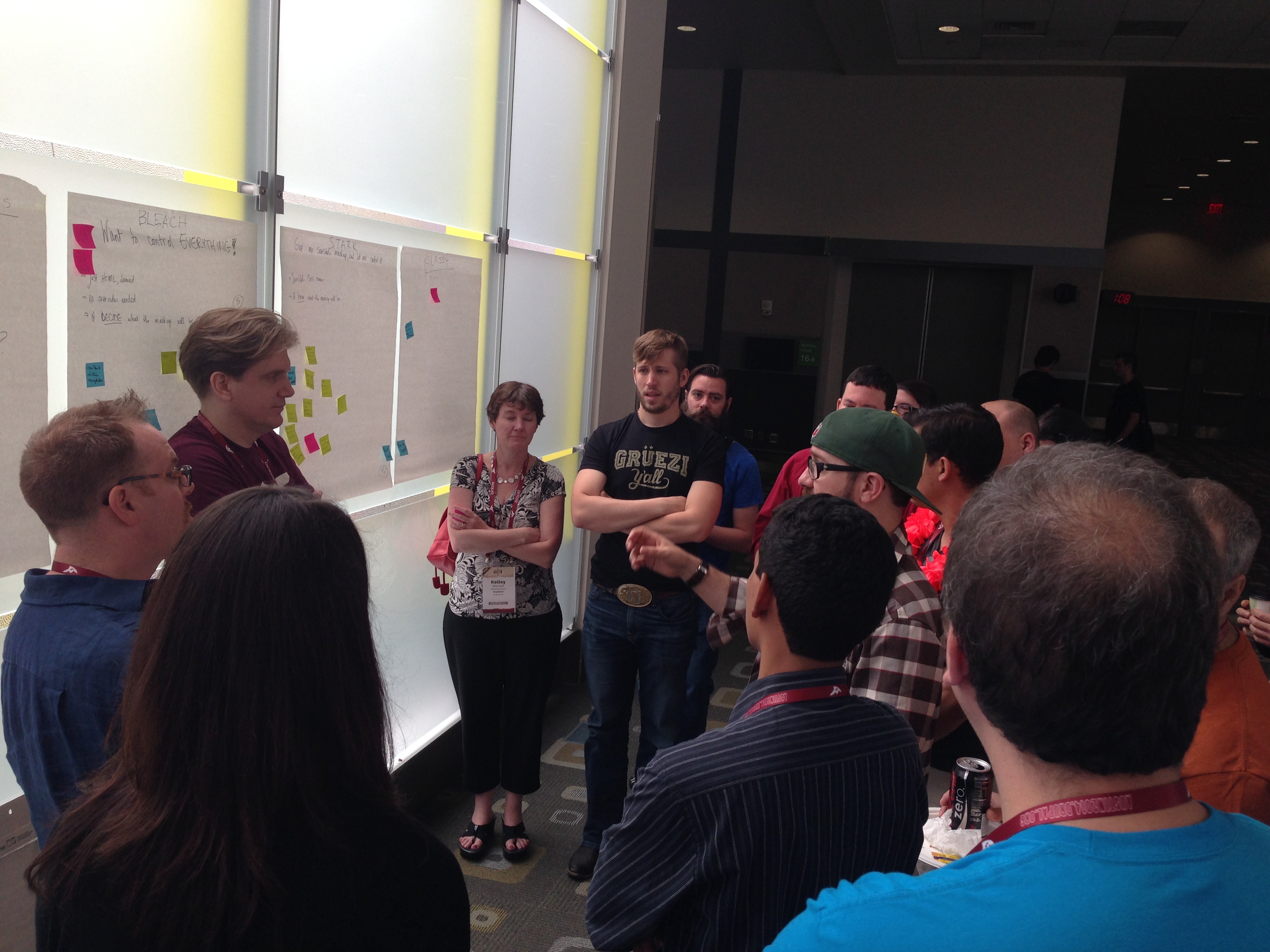 During the contribution sprints at Drupalcon Austin, I helped to facilitate a brainstorming session among front-end contributors to Drupal Core that lead to the creation of the Classy Theme, among other innovations.
← View all work